Archive for the ‘software’ tag

MacGDBp 2.1.1 is now released. The significant change is that the release is now code-signed and notarized by Apple.

Happy New Year! Today I’m releasing MacGDBp 2.1, which improves compatability with macOS 12 Monterey. The major new change is native support for Apple Silicon. In addition, there are some visual tweaks to work better on macOS 12.

Another notable change is that on newer macOS versions, Apple have stopped shipping a PHP executable by default. MacGDBp previously relied on this to highlight the source code viewer. This release now adds a preference to specify the PHP executable path to enable syntax highlighting.

Mailpopbox is an email server that helps provide anonymity by accepting email to any account at the domain (i.e. a catch-all wildcard). All messages are delivered to a single mailbox, from which your email client downloads all the messages.

This is version 2.0.1, which you may find surprising for an “initial release.” I’ve been running Mailpopbox myself for more than three years, adding features and fixing bugs. So it has been fairly well-tested in production, and I decided it was finally time to release it.

Mailpopbox is also the first product to use GitHub for issue tracking, rather than Bugdar. I’m doing this as an experiment, so we’ll see how that goes. Pull requests are welcome via GitHub too, though the repository source of truth will remain self-hosted here on Blue Static.

You can download Mailpopbox 2.0.1 and read more on the product page. 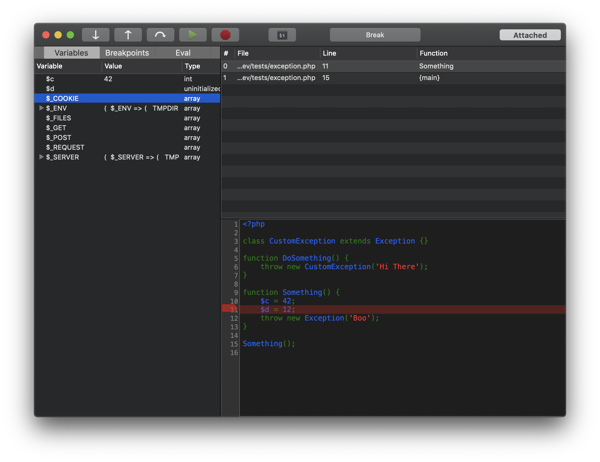 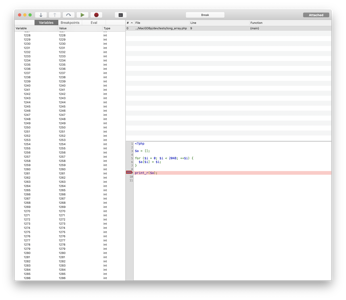 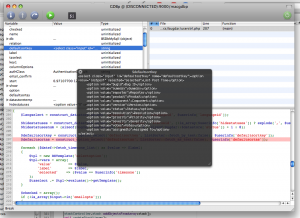 I’ve posted today a git repository called Toolchain. This is a collection of scripts that I use that others may find helpful. You can find the repository here. In this post, I’m going to talk about one of the items in Toolchain called Gitcrement.

Gitcrement is a set of two scripts that solves the problem of creating build numbers when using git for source control. Unlike Subversion, where the repository revision is the perfect choice for a build number, git has no such luxury because it uses SHA1 hashes for identifiers.

This is where Gitcrement comes in. Gitcrement is a simple interface to a database that contains a sequential ID number (the build number), a username, the current date/time, and a git SHA1 hash.

The gitcrement.py has four commands: init, next, list, and current.

To create a new Gitcrement database, go into any git repository root and type “gitcrement init“, which will create a new database file called .gitcrement.

When you want to create a new build number, simply type “gitcrement next” to record the current user (`whoami`), date and time, and whatever SHA1 hash `git info .` would reveal.

That’s all there is to it. To make this system useful, however, it needs a script that can be run in Xcode to automatically call “next” and save the value as CFBundleVersion in Info.plist. So, there’s another Python script called xcbuild.py, which you can use as a Custom Shell Script Build Phase. This will advance the Gitcrement number every time you build the “Release” target in Xcode.

Gitcrement requires Python 3.0, which is not installed by default in Leopard. You can find it here or through MacPorts or fink.

Also, you may need to edit the installation paths in the tops of both files to point to where your copy of “git” is (in gitcrement.py) and where you install the “gitcrement” script (in xcbuild.py).