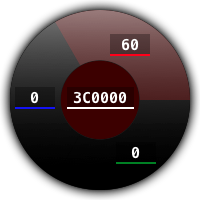 It’s been a while since I last wrote about Bugdar2 development, so I thought I’d post an update.

Over this summer, I managed to get a lot of work done for Bugdar2 and started working through the roadmap to the Alpha 1 milestone. The purpose of the Alpha 1 milestone was to do as much of the core backend as possible, without writing much templated UI. While I did end up writing some skeleton templates to test basic functionality, most of the backend work was tested through unit tests.

When I got to the point where I couldn’t do much more backend work without having interfaces to add and modify data, Alpha 1 was complete. The goal of the next milestone Alpha 2, which I’m currently working, is to get the basic UI shell up. I’ve started building the CRUD templates for entities like bugs, settings, usergroups, and attributes. In this milestone, the initial look and feel will come together and a round of string extraction (the first step towards localization) will occur.

Here’s two screen shots of Bugdar2 as it currently exists. These are very rudimentary and will evolve as more time is put into them. 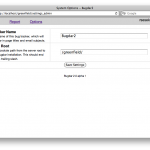 In a previous post, I stated that Bugdar2 is powered by a brand-new PHP framework called phalanx that I had written from scratch. In this post, I’m going to talk a little about what’s been going on with Bugdar2. The past month or so have been very busy, but I’ve managed to start writing unit tests and do some work on MacGDBp 1.4.

Phalanx is not a typical MVC framework. While it aims to keep that style of separation, it does so in a very different way than most web frameworks. Zend Framework, for instance, uses a Controller class that has various action methods. In phalanx, the controller unit is replaced by an Event object.

What is an event? An event is essentially a three-stage function with explicit input and output values. When defining an event, clients must explicitly list the input values the event requires and the output values it will produce. This is important because it makes unit testing extremely easy: if you know what should happen, it is not difficult to test it. The three stages an Event goes through are WillFire(), Fire(), and Cleanup(). The only required method is Fire(), which is where the event does the work of transforming the inputs to the outputs. WillFire() provides an opportunity to cancel an event if preconditions are not met, and Cleanup() is called regardless of if an event was successfully fired or not.

Here is an example. This is the event that creates new bugs. It takes in a title and the body of the first comment (description). On return, it provides the bug and comment IDs. From here, it’s easy to verify the results: create an input dictionary, create the event, and post it to the pump to run it.

In the code, references are made to the EventPump. This is the class that is responsible for firing events. The following is the description of control flow in a web app: In the index.php page, a HTTPDispatcher is created; this class parses HTTP requests and synthesizes the Event object for that request. The resulting event is then passed to the EventPump via PostEvent(). Since that is the first event in the pump, it begins processing immediately. If another event is sent to the pump via PostEvent() or RaiseEvent() [preempting the current event], it will be processed, too. Once all events finish processing, the OutputHandler is notified to take the list of events and figure out which one(s) it needs to display output from. The ViewOutputHandler simply takes the last successfully completed event, gathers the output from the event, and passes that information to the template. When unit testing, we can do away with the Dispatcher and OutputHandler. Just synthesize events, send them to the pump, and test the outputs.

Currently, work on Bugdar2 consists mostly of writing these unit test cases. Currently I’m blocked by engineering the API for bug attributes. Because attributes are at the heart of Bugdar2, I want to make sure I get this part right. Attributes and usergroups are the last two features before Alpha 1 is complete.